That was a full and fullfilling past two weeks. A lot has happened for me.
The most recent was a weekend in Casa da Luz with Daime.
(Daime is also known as ayahuasca).
I promised to do my report of it in English, so here we go.
I stick to my notes, and as I have written them in Dutch,  will translate while typing.

First the notes on the first (Friday) night:

Well, that was an impressive Cura.
Am still overflowing with energy.
Again I was shown much about how thinking works. And about the interactions.
Emotions as expressions of despair.
I saw the tangle, the paradox that was playing  and is still playing for instance around singing in a religious setting. That tangle is not double bind, it is multi bind: I was as a child told about god all the time.
Living in a natural state of oneness, god was totally clear to me. Singing in the church was wonderfull and made me happy. And then I was punished for it. (Do you realize where you are!!!!). In this way,God turned into a bogeyman, the saviour became a jailer.
A lot of sadness came along. Yet, also the expression of this is still inhibited. Not even the expression of happiness was okay, so the rest seemed even, almost logically, more unwanted.
………
I am turning more and more into a rationalist.
I saw exactly how (for me) understanding became the only way out.
The deepest understanding happens invisible and it relaxes me the deepest.
But relaxing has a dangerous side, cause then unwanted utterances can bubble up.
So back at the beginning.

[Note from now: although understanding happens invisible, it can be followed by shere
enthousiasm about what was seen/showed.]

The total stupefaction, the complete impossibility of grasping what happens at some moments, and I mean intellectually understanding, logical understanding, (how can happiness be punished!), makes a relaxed experiencing of what happens in such a moment impossible.
Why?
Because you can’t think this out, you have to learn this by experience.
Only by experience you can learn of the fact that such crazy things actually do happen. That people do things like that.  Yet, this first experience happened like an explosion with a cramped reaction to it. So that everything came into action to help prevent experiencing more of those experiences. With the by now known result: more cramp.

I see also all the time that what happened a few weeks ago during the retreat with Isaac Shapiro in Venwoude (‘God’ abused as the invisible authority: the Widest used by my educators to narrow me [and themselves] down), is changing my world.

Also this recent experience  with the ayahuasca shaman from Israel is still a constant eye opener. A  short report of this beautifull night:
The first round became rather strong, all the colours of the rainbow in  many forms. A lot of energy, let us call it kundalini.
The second round I saw or got a lot of insights about how thinking works. And about how projection works. Very detailed.
For instance: someone impresses me as being arrogant.
My old automatic response is irritation.
Suddenly it was seen that something that is overlooked by me/my system is this: the other person shows off behaviour that repels/defends. And under it is unseen a solicitation for contact.
My irritation is the old fear for uninformedness. But what was never seen before by me, is that along with noticing the uninformedness there is a projection happening wherein the other person is being made responsible for the uninformedness. So there is consciousness presupposed where there is none. (As if to justify the irritation, magical thinking).
When this is seen, when this two movements are detected as separate happenings, there is no more rationale (= defendable ground)  for irritation. The irritation will have to give way to compassion, understanding and or the offter to share what is seen.

There were moments that I could see from being in ‘my’ sadness that I could differentiate if, when and that I could connect with that layer of sadness in the people around me.
Also it was seen that this movement can be used to avoid a direct melting in the sadness in my ‘own’ nervous system. Whereafter it is possible to mingle again in the group energy in a more relaxed, open and loving way.

Also seen more and more detailed that every thought that pushes on existing trauma material in the direction of ‘having to express’ has a touch of violence to it.

I notice that I can and do make contact with people in a more unprejudiced and more relaxed way. And oh, how beautifull they are.

At moments of the feel of short circuit in the head ,  the bolts from the blue,  the result is not a freeze or something like that. It is more a form of ‘paralysis by incomprehensibility’.
It is bewilderment, a thunderstruck, it happens in the head first and it feels like a existential shake up: thinking fails to come up with a solution.
This unmanageable knot then gets spun.
And it gets surrounded by the survival personality: the layers in the matryoshka doll that produce fight, flight, freeze, humor, dissociation, entertainment, drinking, etcetera, etcetera, etcetera,
etcetera.

For me it is like this: only the denouement (‘un knotting’) by insight and understanding, through grasping and getting it, results in a core relaxation.

So far the notes of the first evening. My goodness.
After having finished writing this, I sat on my mattress in silence. Then in the dark I wrote what came up as a memory: that icy holloa froze me and I became very angry. I was not on my guard. I wanted to be warned in soem way or another. It is the uninhibited expression. Exactly what I’m so scared of myself. At least my system.

The Saturday appeared to be a day of four rounds of daime, different than planned, yet the flow flows as it does.

The first round was nice and quiet.
The second round I took after doubting: I don’t need anything, yet I am here so I go for it.

It was a strong experience. I choose to stay also outside with my attention the whole session. That was new and strange. It was clear for me after that, that this is not what is interesting for me. I get my profit from the clarity that shows itself in the mind and the discoveries that come with that.

Ther were moments that I could feel what others were feeling and I could relax in my ‘own’ body in those feelings.

Also ‘saw’ the inner process by which someone in the group made himself feel miserable all the time. In the tendency to share this with the person I could feel ‘pressure’. When I looked inside myself, I could find a simular pattern in me. After having faced this, I can see myself being able to share this without any pressure. 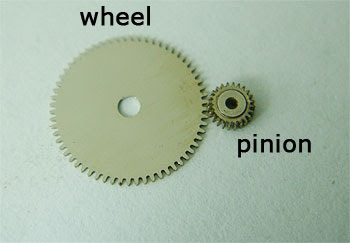 There comes the third round. I decided to go for the inner world again.
Part of the people were lying in the garden for a while. Me too. I decided to (want to) stay there in order to have the experience once outside the group. To exclude the mixing with the stuff of all the others, the soup of the group in which you normally also float around.
So, when the assistent came along to ask if I also could come inside, and she happened to add ‘or are you the only one to stay outside? I happily said yes please. Do you agree? Yes, I agree she said. Thank you, I said, that helps.
Well into theactive part of this round I stayed outside. It was rather cool at that moment and, apart from that, I noticed that it also has not my interest to see colours and movement. If it does not have a insight giving context it does not work for me.
(Now, while typing this, I can see that this thougth was occurring in a very insight giving context, very instructive it was).
So I went in again. Covered under a blanket I have been listening to the music that was played. A lot of emotional outburst were happening around me. I myself was clear at that moment and only busy with the feeling of restlessness that still comes up when I have the idea of not doing something usefull; I listen one hour to some beautifull music and already I feel lazy and guilty. Others go regularly to pop concerts and music festivals. This kind of
reassuring think pinions came along.

The fourth round I denied. It was enought. So another concert of an hour or so and suddenly it is almost 7 oc’lock and time for dinner and a free evening.

I did not give in to the tendency to drive around in my car for a while. Instead I surrendered into the feeling of not being usefull and even enjoyed doing nothing.
Had even a few beautifull meetings that evening.

This entry was posted in my blog. Bookmark the permalink.